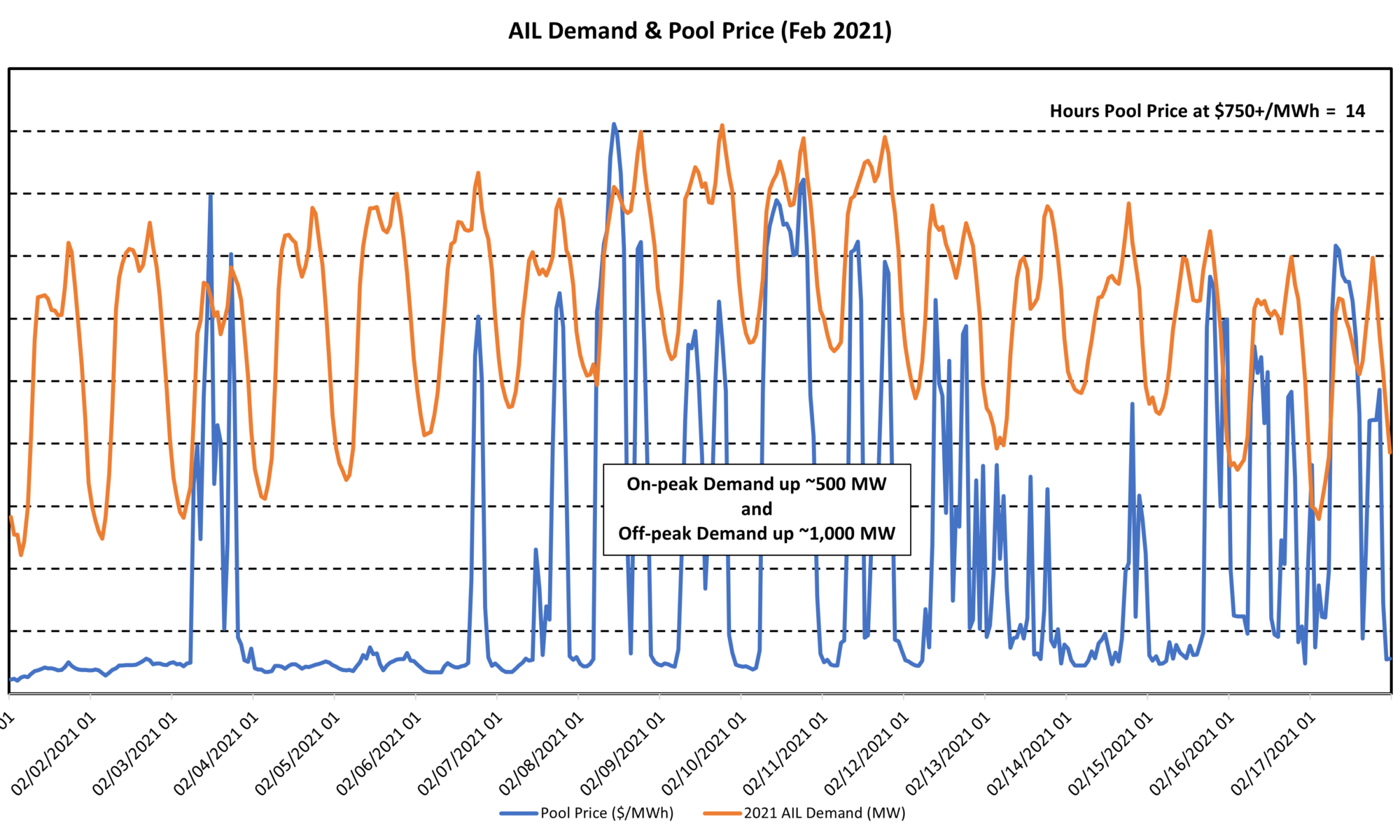 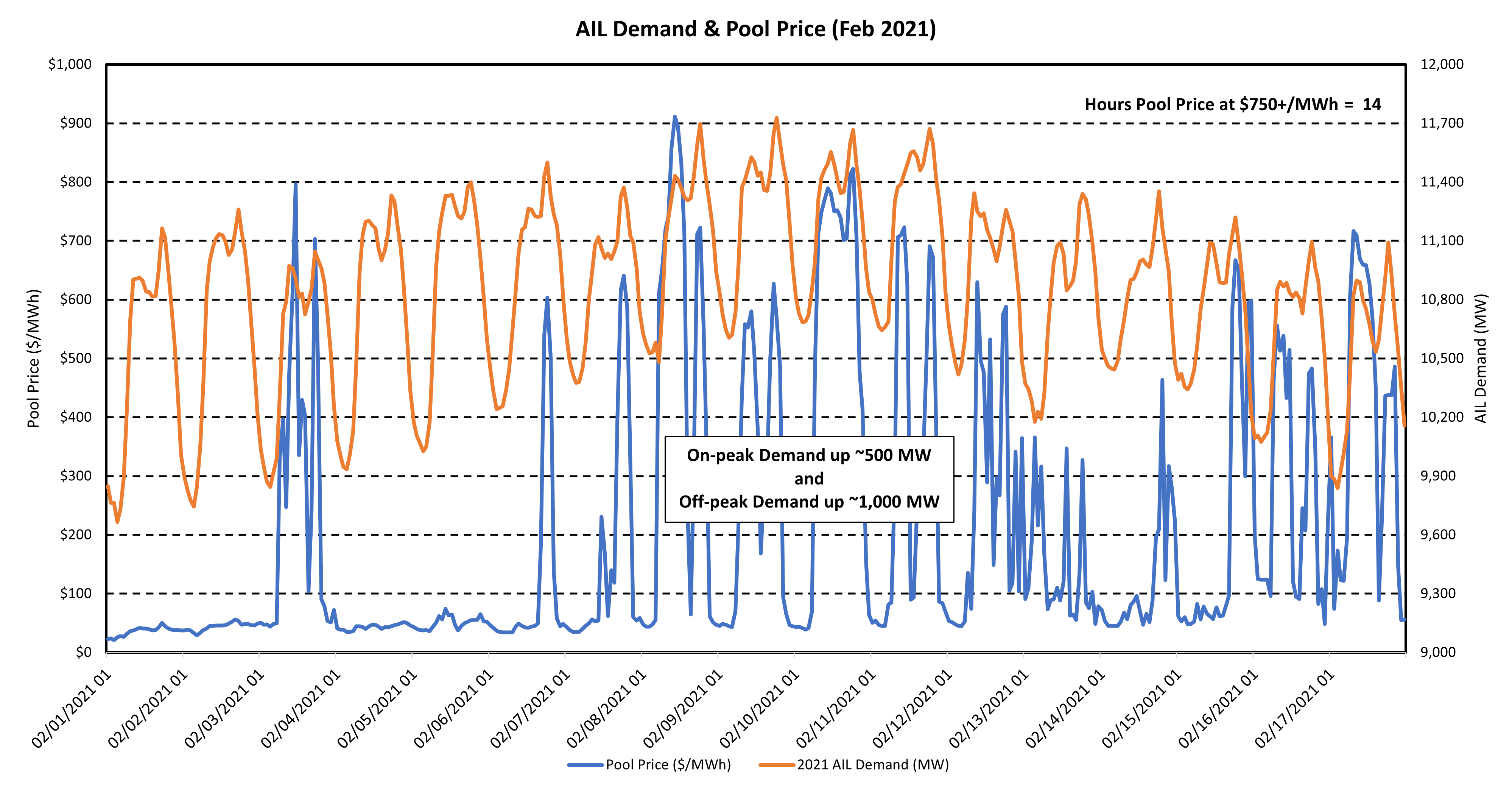 Much has been made in the evening news and media over the last few days about the cause of the rotating power outages in the Texas / ERCOT electricity market that have occurred with the extreme artic air mass that has blanketed much of the central and southern US states. The political rhetoric and blame have been hoisted on such things as the renewable industry, wind turbines more specifically, to poor system and resource planning by the independent system operator or because of an inferior electricity market design. While there may be some validity to any of the above, the truth is more likely that the power crisis is simply the result of an extreme weather event that any electrical system might struggle to handle – given the circumstances. So, is this current extreme weather event associated with the larger climate change issues, it is hard to say exactly, however we are certain this is not a global warming event – perhaps that is what precipitated the name change of this issue a decade or so ago! But let’s not get into the science.

So, Texas has just experienced a situation not unlike what happened in California just last year – an extreme heat wave that more or less had the same outcome – failure of power infrastructure and supply during a time of very high demand. And let’s face it, all industrial and electric systems alike, being made up of electrical and mechanical rotating equipment, are designed to some level of reliability for the ambient conditions of its location – with some degree of redundancy and ability to withstand a range of conditions surrounding the normal. However, nothing is built to typically withstand – all possible circumstances – all the time – because of the extreme expense that this would cause. Although this does explain why the cost can be almost double to build a typical power plant or any other industrial facility in Alberta compared to what it would cost in a place like Texas. This is simply because of the need to build to a much more extreme climate – which is the normal. So, in Alberta, wind turbines can and do run at their maximum capacity during the winter months (when the wind is blowing of course), and natural gas lines generally do not freeze-off, preventing natural gas-fired power plants from running. But these are just normal conditions, and our system costs reflect this level of reliability expected under much worse conditions than has affected Texas, and where these events did occur. Will this event cause Texas to now do things differently – I guess we will wait and see!

But just to compare some market metrics, simply look at the hourly electricity demand and market pricing that occurred in Alberta over the last few weeks in response to higher winter demand driven by – you guessed it, very cold weather. While weekly on-peak demand moved up by ~500 MW to reach a new all time high peak demand of 11,729 MW on Hour-ending 19 on February 9th, 2021, off-peak demand grew by almost 1,000 MW as overnight temperatures dip into the -30-degree Celsius range. Alberta’s highest daily electricity price during this cold snap averaged $486.00/MWh on February 10th during deep-freeze temperatures with most generation operating as expected. The highest day-ahead power price during this same cold spell in Texas reached $3,000/MWh on February 15th, albeit with near 50% of the power supply idled off-line due to freezing issues. So, Albertan’s should be comforted by the fact that their electric system is well supplied, well designed, well operated, and up to the challenges that winter can dish out.

It should be noted that Alberta’s energy-only electric industry market structure is very similar to that of Texas, where power producers are largely paid for the energy, they produce, at the market clearing spot price (absent any forward contracting or ancillary service sales), except for Alberta having a CDN $1,000/MWh price cap versus the Texas price cap of USD $9,000/MWh. While these price caps exist for a variety of reasons, the market price periodically needs to push towards these levels to provide a long-run financial return to all in-merit generation capacity and to potentially signal a resource scarcity, should one exist, to attract new market supply entry. This real-time price formation yields an efficient market outcome as it does in other commodity markets around the world.

So, does this mean that Alberta is exempt from the kind of rotating power outages experienced by California and Texas? Of course not, although Alberta has only seen a few small events over the years! But while just explained, one reason that Alberta has seen fewer outages is that the system is built to a more robust standard in respect of dealing with extreme weather conditions – particularly during the winter. The province is, however, more likely susceptible to issues resulting from extreme summer heat than from extreme cold during the winter – but that depends on how extreme. Extreme heat in Alberta would potentially have two causal effects, one related to the increased electric energy consumption for all types of cooling (water, fans and A/C), while the other is that most thermal generation operating would experience some level of a derate in output due to the warmer ambient conditions – thereby decreasing the supply demand balance. The additional issues that may conspire to exacerbate an extreme heat issue in Alberta could be that wind resources may not be available – like in Texas (due to low winds speeds contributing to any heat wave) while many other power plants, import ties and or some transmission lines could be out of service for regularly planned maintenance. So, some combination of these events could easily and accidentally collude where the system operator would need to intervene to deal with a short term transitory system emergency – just like in Texas and California.

Currently there is one significant difference in electric system topography that needs to be addressed in respect of any Alberta comparison to either Texas or California. That is, both Texas and California currently rely on a much larger share of renewable energy than Alberta does. So, the question that becomes obvious in this comparison is… would Alberta be at any more risk of the above extreme system conditions if it were to embrace a much larger share of intermittent renewable energy – such as wind and solar? The answer to that questions is that it depends! It depends on whether Alberta continues to also develop some form of dispatchable base load energy supplies to back stop the intermittent renewable supplies that would be needed to serve Alberta’s very high 7×24 industrial load. Today, the most economic form of base load energy supply comes from natural gas-fired technologies, although large-scale hydro and nuclear technologies do provide other alternatives – albeit more costly at present. It should be mentioned that there are also several short-term storage technologies, such as batteries, pumped-hydro or compressed air storage to name a few, that could supplement additional renewable energy development, however to-date most of these technologies are at a higher cost.

The good news for the time being, is that Alberta is blessed with significant natural gas resources, such that gas-fired technologies make the most economic and practical solution to all base load energy needs beyond what renewables can provide. Natural gas-fired power generation technologies can also co-exist very nicely with a larger amount renewable energy technology development, although the likely trade off would potentially be a higher market price volatility. However, we will leave that for discussion on another day. The following chart illustrates Alberta’s expected transition in electric energy supply resources from 2021 to the 2035 which illustrates a significant growth in both natural gas and renewable energy resources.

As the government, regulators and electric industry reflects on how the system moves to a lower carbon footprint for Alberta, EDC Associates Ltd., is an independent energy-consulting firm based in Calgary, Alberta, Canada that provides consulting services with respect to Energy Pricing, Generation Economic Development, Energy Procurement & Management, Regulatory / Legal Consulting, and Electric Industry Training. Where we strive to provide cost effective analysis that leads to workable and sustainable recommendations to help electric industry participants optimize their energy consumption, procurement and investment decisions. Let us put our analytics to work for your project!

For more information please do not hesitate to contact me. 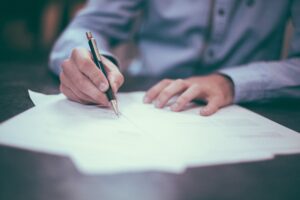 Generation Economic Portfolio Analysis EDCA has been retained by many companies in respect for completing generation energy production... Read More 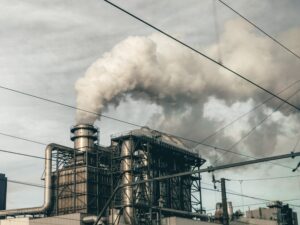 Historically, Alberta is one of the highest Greenhouse Gas (GHG) emitting provinces in Canada. In 2019, Alberta released approximately 276 mt of... Read More